Shu Puer tea can be a complex topic. This post will demystify the jargon and process behind the tea, which is also often called Shou Puerh or Ripe Puerh. Shu Puer is one of the best introductions to the Puer tea genre, as it has a smooth body and thickness that are universally appreciated among tea drinkers. The flavor spectrum, which can range from wood and earth to caramel sweetness is full of intrigue for those seeking to branch out from their typical breakfast blend.

What is Shu Puer tea?

What’s in a name? Are Shu Puer, Shou Puer, Ripe Puer and Cooked Puer the same thing? The answer is Yes. All of these names refer to same style of tea. The different names come from a discrepancy in Mandarin Chinese of the word 熟 which has multiple regional pronunciations in China; both shu and shou are acceptable pronunciations of the word. The word also has been translated multiple ways into the English language, as both ripe (as in a ripe fruit) and cooked (as in the opposite of raw). Nothing is more boring than discussing which of these is truly the “correct” nomenclature. Even within Menghai tea factories that produce this tea full time, the pronunciation and nomenclature will vary from person to person. Isn’t language fun? All you need to know is that these terms will all be used interchangeably to describe shu Puer.

What is shou Puerh tea?

Shu Puer is the fermented version of raw Puer tea. The fermentation process is used to smooth out the rough edges of younger raw Puer and create a new tea with different character. The resulting tea is darker, smoother and has an entirely different flavor profile from raw Puer. Typical flavors include the woody, earthy, sweet red dates and other dark fruits. Some of the flavors are very foreign the western palate and may even read as fishy or dank. In some cases, recently fermented teas will have unpleasant flavors. These flavors usually dissipate with age.

Like asking “how is soup made?” the answer is “it depends on the chef, but you usually start with water.” Shu Puer tea starts with raw Puer maocha [the loose, unpressed raw Puer tea] and water. The traditional way that shu Puer was made was by piling the raw Puer material on a cement floor. The pile of tea is mixed together (if multiple areas are being fermented together) and the tea is sprayed with water at the discretion of the person controlling the process until the tea is sufficiently wet. The pile is then covered with tarps or heavy cloth to trap in the moisture and the heat. The tea will begin to collapse onto itself like a giant compost heap and the center of the pile will begin to generate internal heat. All manner of molds, microbes and countless other things that we scarcely understand begin to act on the tea. This process continues for between roughly 25-40 days. When the process is finished, you’ve got shu Puer.

I’d like to try shou Puerh tea, but I am a beginner, what should I try?

When you’re buying shu Puer tea, aim for teas that either contain aged material or teas that were pressed and aged for at least 2-3 years. This will help you avoid unpleasant flavors. Though, if you are new to shu Puer, you may experience some shock at the flavor profile no matter what as the flavor profile can be off putting at first taste. Don’t worry, this is totally normal with acquired tastes. Think of the first time you had a beer, a coffee or an intense cheese. Rarely does a child enjoy aged sheep's cheese and a cup of coffee, but as we mature we find there are beautiful flavors in these foods. There is a learning curve for your brain to get accustomed to any new flavor profile. Give yourself a bit of time and a push to get through and you’ll be rewarded. Our standards like our Waffles blend tend to be very beginner friendly and we press them with aged material to help people avoid the initial freak out.

How should I brew shou Puerh?

Rinse the tea twice. The first rinse can be a quick 5 second on and off with boiling water, followed by another 15 second rinse. This does a double duty of rinsing the tea clean of any dust or bad stuff that it might have contacted in the pile as well as opening the tea up for steeping. We recommend you brew the tea gongfu style, but it also functions very well with longer steep times such as “grandpa style” or Western style brewing with larger tea pots and long steep times. It is a very forgiving tea to brew and nearly impossible to oversteep. 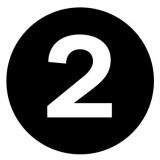 blog
Winter is here and the holidays are a splendid time to drink tea and keep warm. Other tea drinkers are tucking into their western brewed spiced chais in the winter. Meanwhile, there is an endless catalog of warming, energizing, and naturally festive teas that you can gongfu brew. Gongfu style lends itself toward sharing with others, so grab your tea pitcher and start pouring. We’ve got one last sale up our sleeve before the year is over.

It’s the perfect opportunity to sneak in an order for our fifth anniversary and tenth anniversary cakes before we lock them into the white2storage vault. It’s also our last sale before the spring festival holiday, which is just around the corner. We will be on break starting in early January this year as we celebrate the lunar new year, so now is the perfect time for an order before the big break! Use coupon code "10yearbf" for free international shipping on orders of $29 or more.